It's absolutely essential that we practice Safe Sex until it is completely mastered. Once we become accomplished, we can attempt advanced safe sex, which includes a lot of nudity. 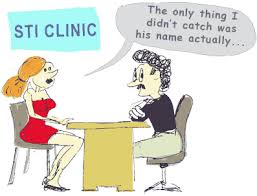 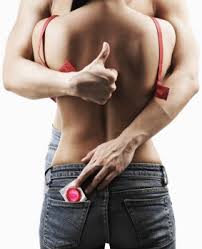 When Budgets and Brothels Collide.

During the recent Budget the Chancellor announced: "There will be a rise in the cost of alcohol." This was by no means a surprise; paying extra for pleasure has become inevitable. However, alcohol comes in many different guises, and the Exchequer had to reveal each particular increase of -Wine-Spirits-Liqueur Beer and-Cider. Then of course, those rises are relayed, on tv and radio,  throughout the remainder of the day.

The preciseness of those price changes turned my thoughts to future budgets. The issue of 'Legalizing Brothels' has been raised many times, so, history and a mass of publicity awaits the first to open its doors. As more and more open, the media will lose interest and brothels will become part of everyday life. The likelihood is that these establishments will become extremely prosperous. In doing so, they will receive long hard looks from officialdom, desperate for extra revenue.

It's here we should realize that sex, similar to alcohol, is very diverse and customers will buy from an extensive menu. An individuals pleasure will depend on the size of their money outlay. Stopping for a quick one on the way home, will take on a whole new meaning. The daily  special would soon be advertised on blackboards outside premises. Competition would dictate a need for a number of brothel activities to be affordable. Consequently, budgets will become highly entertaining events.

Orgasmic moans, heard from the opposition bench,  as the Chancellor announces a £1 increase on all sperm swallowed blow jobs. Once the groans subside, he will probably deliver a sweetener. 'We the government, are aware of low income hardship, and for that reason, the price of a basic hand-job will remain firm.' Party supporters will yell their delight, hoping to soften the blow of his next punishing delivery. 'Due to the incompetence of the previous government, I have found it necessary to increase all extreme gang bangs by £5 a head.'

At this point, cameras will move outside to hear the opinion of a brothel owners. 'Gang-bangs are the popular choice of brides to be-they enjoy a final fling. Brides don’t pay a penny-the increased charge will fall on the stag party she is given to. Gang bang numbers will be reduced, which means less revenue and fewer cocks for the poor bride.'

Such legislation will really brighten up political debate: Purely for research, I'll call in at a brothel myself; if it's not too taxing.