Who Can You Trust?

Can sex cause people to say and do things that are completely out of character? The following, which had to contain under 200 words, is a small example of what I mean.


The door swung open; his sister had returned. “Its confirmed John, they booked the flight over a week ago, such bastards."

“I’m glad they've gone far away sis; what could we say to them?”

“What sort of bastards are you for starters.”

“I don’t feel any anger, just a numbness.”

“Keeping her company while I worked late; I thought he was doing me a favour; I thought I was putting him out. I was so naive.”

“Such a fucking mess John, what a scheming bitch.”

“I should have known it was too good to be true; why would a girl like her want me?”

“What! She is not fit to crawl in your shit; she doesn’t deserve to be on the same planet as you.”

“The doctor gave her a sedative; he said she will sleep for a while.”

“I worshipped her; could I  have done something different?”

“John! Don’t you dare feel any guilt; everything took place behind your back.”

“What was it dad used to say: ‘Always expect the unexpected.’

“He often said that; I just wish he was here now; and not on an aeroplane with your fucking girlfriend”. 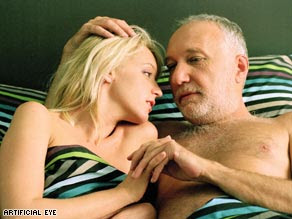