I have just arrived back home from Crown Court. They liked me so much they they have asked me to return to receive a sentence. It must be one of those writer things.

Anyway, the reason I was invited to Crown Court was down to an extremely unsociable young lady. Heading into town on the bus, I  had found myself standing and holding onto a support bar, directly next to where the said young lady was seated. Now, I had no qualms about standing, sometimes, there is no alternative. However, on this particular journey, whenever the bus turned, which was quite often, motion took me forward. This outcome resulted in my crotch, accidentally, pushing into her face.

After it occurred six or seven times, there was a misunderstanding, which resulted in her pressing the bell and demanding the driver call the police. Due to her unsociable attitude, she claimed I had sexually harassed her. The police duly arrived, and to my astonishment, they took her side, arrested me and suggested I call a lawyer. I contacted a law firm who specialize in such incidents. After I provided a detailed description of the misunderstanding, my defence counsel had every sympathy. In fact, his very words were. "You would have gotten away with it if there had not been fifteen empty seats." 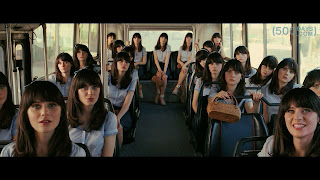